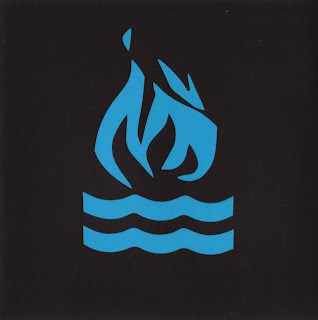 Like a lot of bands, Hot Water Music are a band that I want to like a lot more than I actually do.

Not that it was for lack of trying. Back when I still had to do such things, I bought all their releases and enjoyed them live easily a half-dozen times, but at the end of the day, I always wished I could work up the fervor that HWM invoked in their most rabid fans. Ultimately, and I know it is aggressively to my old guy detriment, I chose to throw my lot in with Alkaline Trio, who have done little in recent years to thank me for my endorsement, save for perhaps eschewing trans-gender assignment surgery, to keep that love affair alive and unembarrassing. To that end: In a continuing nightmare, the Trio have announced their new record would be called My Shame Is True, a moniker that even Dave Vanian would have problems embracing in 2013. I feel for Danny.

Returning back to the subject at hand, beyond establishing the post-Leatherface template that a hundred bands stole part and parcel from them in the 90s, Hot Water Music are known as being no stranger to a break-up, splitting at least three times that I can remember before their most recent hiatus in the early part of the new millennium. A series of reunion shows last year started with the fanfare of sold-out Terminal 5 shows and ebbed into much smaller rooms, neither of which I took advantage of. Truth be told, I was excited to see them with the Descendents this Summer, but don't get me started on that whole thing.

The most recent shows in town were behind a new record, one that I gave a couple spins and couldn't tell you another thing about, not even the name, so when the new No Idea fostered live record Live In Chicago came my way, I exactly wasn't running to get it in heavy rotation. It was a pleasure to see Hot Water and No Idea back in bed together, but there was little beyond old guy nostalgia to attract me, save for the fact that it wasn't as utterly execrable as the recent legacy tarnishing Braid output. Both Chuck and Chris have been pursuing the bearded acoustic troubadour route in recent years, a choice that will hardly have Townes Van Zandt worrying about his legacy being diminished, albeit one that also seems infinitely wiser than, say, Mike Hale's choice to leave carpentry behind.

It definitely seemed that the personal HWM allegiances were not aligned toward the gruff shouty punk rock I am of a mind to hear from them, but after consuming a goodly amount of herbal and caffeine-based perspective realignment aids, I waded into Live In Chicago. Frankly, I would have liked to have seen the video portion of this more, as it captures the second night of the tapings in its entirety, but the double cd/triple vinyl musical portion offers up 30 songs in 90 minutes total. Recorded over two nights at The Metro in 2008, the recordings find the band in tightly workmanlike form. Black and Rebelo continue to be a monster rhythm section, and tracks like Turnstile and Aluacha still make me want to hoist a beer in the air, but even two decades in, I wish I was more excited about this.

JS-NYC crankiness and companion old age aside, The Metro crowd here is an enthusiastic one. I've not laid eyes on them, but I would venture that the crew attending these shows in 2013 is cut from a younger, less jaded cloth than JS-NYC and never saw the quartet in their unshaven, barefoot heyday and are using these shows to make up for lost time. Fair enough. Not nearly as right, but still charmingly ragged and beautiful, Hot Water Music encapsulate a solid catalog on Live In Chicago.