Nate Bargatze - Yelled At By A Clown 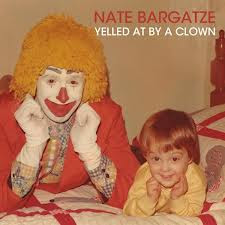 Nate Bargatze first came on my radar through the Big Jay Oakerson helmed Legion Of Skanks podcast. His laconic Southern demeanor inititally hid a personality as bent as the rest of the L.O.S crew, but his true colors soon came to the fore and he began to pop up everywhere in the last year or so, from Robert Kelly and Marc Maron podcasts to his first Comedy Central half-hour special.

Yelled At By A Clown is the debut comedy record from Bargatze. Coming courtesy of your friends at A Special Thing Records, it's mostly personal stuff, ranging from his childhood as the son of a professional magician who freelanced as a clown through his current day drunken bedwedding issues and the domestic joy it engenders. Think Jim Gaffigan if he was one of Doug Stanhope's Unbookables. JS-NYC thinks highly of him.

Get Yelled At By A Clown here from A Special Thing.

R
Posted by Jaded Scenester NYC at 11:45 AM No comments:

Labels: Nate Bargatze, Yelled At By A Clown. A Special Thing Records 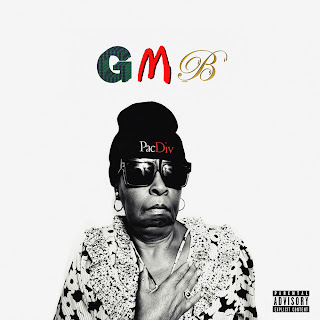 Pac Div have been holding it down on the West Coast for a decade now, carrying the torch for the Heiroglyphics style of non-gangsta Left Coast rap. While they seem no stranger to a good time,  Pac Div do seem to have someone's grandma on the cover and the GMB stands for first initial of the band member's governments, so I suspect any thuggery displayed by this crew will be via X-Box, unless you're cutting them online at a sneaker pre-sale. As they had serious lyrical skills and seemed unlikely to die in gang-related activity, Pac Div got a lot of shine quickly. Much was made of the trio linking with Motown Records for their first release, and its still unclear to me whether RBC Records is affiliated with the the Detroit powerhouse, but if the union has been severed, its not for Pac Div not bringing it on GMB.

You get seventeen tracks for your hip-hop dollar, peppered with guest shots from new jack heroes like Kendrick Lamar and Mac Miller. No stupid skits either. If your tastes lean towards lyricism and sneakers more than thugged-out swag rap, step lively over to your preferred digital retailer and get GMB with the quickness.

R
Posted by Jaded Scenester NYC at 3:05 PM No comments:

Mark Eitzel - Don't Be A Stranger 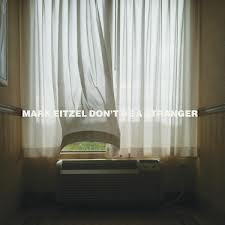 One of the greatest record store epiphanies I've ever experienced occurred after I walked into the New Paltz branch of Rhino Records to hear the then newly released Mark Eitzel: Songs Of Love Live. Luckily for me, the store manager was a huge fan of Eitzel and his band American Music Club, setting in motion a now almost two decade love affair with the band's darkly beautiful stylings.

AMC ran its course by 1995 and Eitzel has been plying a solo path for the better part of the decades that followed. There have been a couple decent enough stabs at American Music Club reunions, but none has come close to capturing the glories of their mid 90s heyday. Eitzel was firing on all cylinders at that point, recording the brooding 60 Watt Silver Lining in 1996. Underpinned by airy production and muted trumpet, the record is definitely his best solo work, and the handful of eponymous releases Eitzel has recorded have been decent at best and paled in comparison.

Eitzel survived a heart attack earlier in the year and after some time in the cold, word came down the internets earlier this year that Eitzel was recovering nicely and had been afforded a block of free studio time. Further investigation revealed that our hero was recording with strings and a backing unit that included bassist Bruce Thomas and ex-AMC guitar foil Vudi. Suffice to say that interest was piqued over at JS-NYC central. Merge is throwing some promo muscle behind the record, most notably a series of tongue-in-cheek video shorts that preceded the release of Don't Be A Stranger, featuring a series of luminaries giving Eitzel promotional advice about promoting the record.

While I was quick to snap up Don't Be A Stranger, I wasn't especially crazy about it after the first couple of spins, but I'm pleased to report its a grower.  I'd say that I Love You But You're Dead is the best of the eleven tracks. The record doesn't hit me in the gut like his mid 90s output, but the more expansive production is definitely a plus, and Stranger is undoubtably the best Eitzel release in some time.

Keep track of our dear Mr. Eitzel here and get Don't Be A Stranger here from the good folk of Merge Records.

Posted by Jaded Scenester NYC at 2:39 PM No comments:

Mike Cooley - The Fool On Every Corner 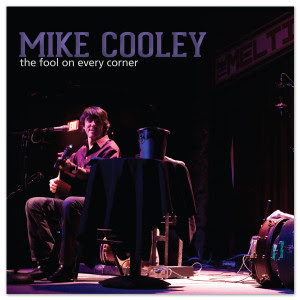 While Patterson tends to get a lot of the limelight in the Drive By Truckers franchise, those that have been around from the jump know that our dear Mr. Hood co-founded DBT a million years ago with Mike Cooley in the wake of the dissolution of their previous band Adam's House Cat (and those that aren't crazy about the DBT appellation should be informed that the band was formally dubbed Horse Pussy).

Post DBT blow-up, Patterson has dropped a couple solo records and maintained a pretty busy solo touring schedule, but Cooley has played the back, playing the odd solo show here and there, but never releasing a formal solo disc. Consider that rectified, as Cooley has released The Fool On Every Corner on his own eponymous imprint. Recorded solo, live and acoustic in front of crowds in Atlanta and Athens early last year, the record features new interpretations of 11 DBT Cooley favorites like Loaded Gun In The Closet and 3 Dimes Down, along with a Charlie Rich cover and a new track called Drinking Coke and Eating Ice.

The Fool On Every Corner is pretty decent. Frankly, I had hoped for a little more. Not for nothing, but those that are proponents of the great Sloan Simpson and his Southern Shelter web presence have arguably better versions of the tracks here. That said, the arrangements are definitely different, so completists and long-time Cooley marks should step lively if they haven't already. Cooley seems to be in good humor and his banter remains priceless, regardless of your personal feelings about banjos and the men who play them. Personally, I find the crowd(s) more than a little bit irritating, but I think we all know that JS-NYC maintains a pronounced level of old-guy intolerance in the best of times, so take that with a grain of salt and don't postpone joy if the prospect of this little bit of digital delight chuffs you.

Get The Fool On Every Corner here.

R
Posted by Jaded Scenester NYC at 12:31 PM No comments: 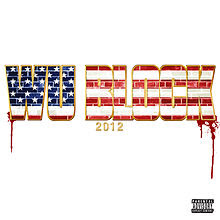 The extrapolation of the posse cut into project group is once that has had decidedly mixed results in the past, but the cross-pollenation of the good folk of D-Block with the mighty Wu-Tang Clan seems far from a bad idea and the various collabos on mixtapes and the like in the past seemed to lend credence to the idea.

Ghost and Sheek have been talking about this for what seems like forever. Of course, with all those players in the game, the process of conception to actual release is going to be slightly longer than elephant gestation. The now non-album track Union Square dropped over the summer and now with red tape aside and after many pushes of schedule, Wu-Block has finally dropped; 15 tracks deep with bangers.

Ghost and Sheek were the driving forces behind this project, and come with the appropriate level of fire, heating things up for the rest of the crew and bringing out the best from cats like Cappadonna who you may have slept on in the past. All of the LOX and most of the Clan are in attendance. You would do well to be there as well. Wu-Block is the perfect soundtrack to the short dark days of year's end. Street dwellers and/or lovers of grimy East Coast rap should pick this up immediately.

R
Posted by Jaded Scenester NYC at 1:48 PM No comments: 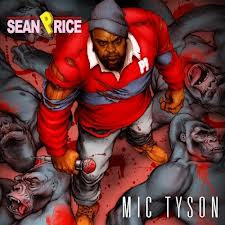 The props given to Sean Price are major at JS-NYC. Currently everywhere and on most tracks, the brokest rapper you know is finally back with the long-rumored Mic Tyson. There have been the aforementioned raft of guest verses and a run with Random Axe, but finally Brooklyn (soon to be Greensboro!) 's best is back with a full fifteen shot clip of straight bangers.

P and Duck Down have prefaced this release with some amazing videos featuring Sean P as Bob Ross and interviewing Pharoah Monch as Nardwuar. Both are absolute must-sees and assert that while your man P will whip that ass, he's not without a sense of humor.

Mic Tyson has a gang of producers, with The Alchemist weighing in with the most tracks, oddly enough. 9th Wonder and Evidence have a couple tracks and Buckshot, Rustee Juxx and Torae post up work from in front of the mic. Tracks are bodied regardless of who helps, with Price & Shining Armor taking top honors. Shit is, in fact, real, so take a second and turn off that Chief Queef crap (my god, is that ear-rapingly terrible!) and dedicate some time to a real hip-hop hero.

Get Mic Tyson here from your friends at Duck Down.

R
Posted by Jaded Scenester NYC at 1:29 PM No comments: 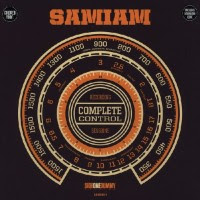 The last couple of years have had Samiam and Jawbreaker jockeying for position as my favorite Bay Area punk franchise. Samiam have been coming out ahead more of than not, owing to them actually playing live in 2012 and releasing new records. Complete Control Sessions is exactly what is says on the label, 6 songs recorded live at one of the sessions for Side One Dummy Joe Sib's radio show.

Wonderfully, half of the material from Complete Control Sessions is from the probably sadly out-of-print Astray, featuring a Murderer's Row that has Dull, Sunshine and Wisconsin rubbing elbows with two tracks off their latest Trips and Take Care from Whatever Gets You Down. These tracks have been played an absurd number of times since they arrived as JS-NYC HQ. I'd suggest you do the same.

Get Complete Control Sessions here from Side One Dummy.

R
Posted by Jaded Scenester NYC at 12:56 PM No comments: