Couldn't You Wait? The Story Of Silkworm 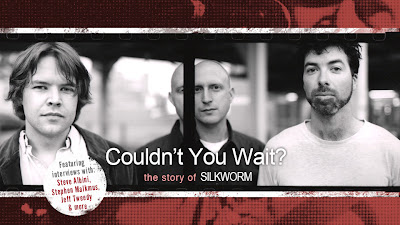 Word of a documentary about Chicago by way of Seattle and Missoula indie rock juggernaut Silkworm has been wending through the internet for a bunch of years now. Finally, the end result is here and I'm pleased to be able to say that Couldn't You Wait: The Story Of Silkworm is pretty damn great.  Not that JS-NYC has a lot of perspective on the whole thing. To paraphrase, one of the talking heads herein, not many people have heard about Silkworm, but those that have are pretty much obsessed with them. As a record nerd who spent a lot of time in the brick and mortar shops back in the day, I definitely drank the koolade.

So did a lot of people, including Steve Albini, Jeff Tweedy, Steve Malkmus and a host of others. I only got to see the gents play three or four times before the tragic accident that took the life of Michael Dahlquist took the band out of active rotation, but treasure all of them and was pretty chuffed that they included footage of the SXSW show I was at with ex-original member Joel Phelps sitting in for the first time in years. Couldn't You Wait is pretty damn comprehensive, although arguably somewhat lacking in Phelps footage, but still gets the JS-NYC nod as best rock doc since the Minutemen opus We Jam Econo. The film is available in a couple of different digital forms, whether it be just the doc or the nerd cornucopia that is the extra live, bonus, song discussion and/or deleted footage. Treat yourself and snap this up immediately.

Get Couldn't You Wait: The Story Of Silkworm here 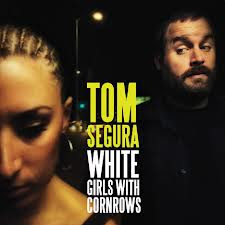 Tom Segura is an LA based comedian, actor and podcaster that got a fair amount of shine for his debut comedy CD Thrilled. White Girls With Cornrows is release number two and continues in the same aesthetic: not too vulgar or controversial, but still pretty funny in an everyman sort of way.

Stupid family members, cowboy hats, people with exotic pets and his Mexican heritage are but a few of the topics covered in this set recorded live last year in Denver. It's not especially vulgar and still pretty funny. If you like Patton Oswalt or Joe List, you'd do pretty well to check this out.

Get White Girls With Cornrows here from the Tom Segura web presence.

R
Posted by Jaded Scenester NYC at 4:49 PM No comments: